Edited from an original piece by Marcela Garcia Corrêa, Evaristo Mesquita and Rhuan Pereira. With acknowledgements to GVces. 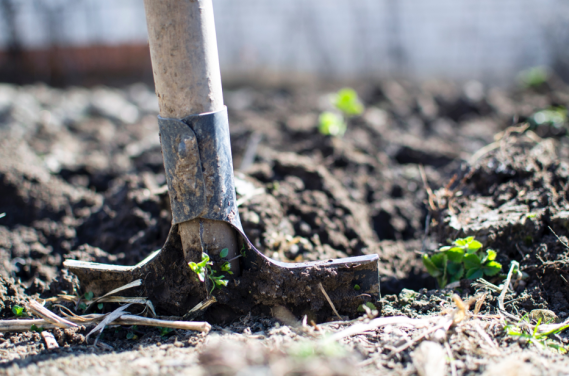 Some high-tech sustains through space and time

The transition to more sustainable production forms, particularly in the case of organic family farming, depends upon public policies, infrastructure, technical support and financing. The spaces for this type of production have been built to respond to the growing concern with new forms of producing and consuming, and in this sense, the transition also requires a cultural change and adaptation to new paradigms.

Use of technology and tools can facilitate smallholders’ access to social and environmental certifications, though it is necessary to consider cultural aspects involved in the relationship of farmers with technologies – or any tools available to optimize organic production – and the farmers’ peculiar way of getting hold of the tools.

Typically, new technologies seek understanding of time and space, speeding processes and simplifying communication and interaction between people who are physically distant from one another. For example, technologies such as email have brought benefits to how people communicate between themselves when compared to older tools such as letters. And that transition does not only represent the adoption of a more efficient support, but also the rearrangement of possibilities individuals have to interact in time and space.

But what about when you expect to use a technology to optimize a space that has its own time? What about when the relationship of the people with that space go beyond what is produced, and involves deeper aspects, such as purpose and faith, traditions and beliefs?

Transforming Brazilian smallholders into active agents in the complex production and consumption chain of organic products and facilitating their access to social and environmental certifications through new technologies, such as blockchain, introduces the issue of how to relate with the meanings farming and organic production have to farmers. And it also raises a question about how their traditional knowledge is leveraged and boosted by technologies, without being replaced with a vision that is only focused on production.

A matter of dialogue

They have a vision of the world

When we speak about organic smallholders in Brazil, it is worth pointing out the differences between smallholders and large farmers who produce using the conventional rationale of agribusiness and the many resources and sophisticated technologies that come with it.

For smallholders, the contact with the land and the production is something closer, more manual. In addition to that, the role played by farming is key to those families – it is an integral part of their family members and their lives as a whole.

To speak about the application of blockchain in the organic production chain in Brazil is to inevitably address its applicability to a way of life and existence, not just work. It is the starting point to discuss issues including access, appropriation and use of technology, farmers’ acceptance, and possibilities to adjust the use of technology to their lifestyle and world vision.

A matter of time

Sustainability: A spice of life

Rapid technology, which can convey to the most varied processes and the dynamic of conventional production and its need to be fast in order to support an intensive consumption standard, does not match an organic production time – which is nature’s time.

‘We’ve been working with this [sustainability] since 2000, because it’s about the importance of balancing the ecosystem,’ says Vilson Câmara, an organic family farmer of Rede Povos da Mata, in Ilheus, State of Bahia. ‘If there are rats in the field, snakes eat them. When ants start flying, birds eat them. So you must work on fauna and flora at the same time. That’s  what makes the environment sustainable. It is to live well in a good environment, to live well with nature.’

Organic family farming sees the land as a living organism that must be respected. It is not peaks in demand that command production pace, but rather the possibilities of cultivation offered by each season throughout the year. Whereas the agribusiness rationale follows a market calendar – a year divided into 365 days and a population that demands all kinds of food throughout the year – organic farmers are driven by the seasons of the year.

Moreover, whereas conventional farming needs agrochemical and artificial production systems to adjust nature’s time to the demand’s time, organic farmers must possess knowledge of wet and dry seasons and know what is possible to produce in each period and prepare composting, fertilize the land and then plant. And, according to farmer José Rodrigues Pinto, a member of the Associação dos Produtores Orgânicos do Amazonas (Association of Organic Farmers in the Amazon), it is necessary to really believe each seed will become a plant that can be served as food to the family and a source of revenue, traded in organic street markets in the city.

Another example of the connection with nature in areas of family farming, as seen through the women’s group Rede de Economia Solidária e Feminista, is the harvesting of plants which takes on a greater meaning. It is a ritual which first requires a ceremony of thanks called Priprioca. That dynamic with time positions nature not as a resource to be explored, but rather as a critical agent that enables life and should be, above all, watched over and valued.

A matter of purpose

Purpose is another important concept to understand organic and responsible production. ‘Producing organic food is not like wearing a T-shirt. If you change teams, you change your T-shirt. Here we do things with our hearts,’ says Câmara, an organic famer.

Often, the motivation to start producing organic food is to provide more value, for organic products offer an average potential gain around 30% higher for farmers. But learning of the importance of that type of production for the environment and for people’s health is what keeps the families of farmers producing organic food.

The feeling of having a purpose, which is so valuable for farmers, becomes part of a cosmovision – that is, a world vision and a way to conceive reality which refers to a set of values, beliefs, conceptions and, especially, feelings that emerge regarding the way beings see the world in relation to their lives.

Câmara, who for a while lost his property certification label, decided to continue producing organic products. ‘Let’s do the right thing. (…) Let’s work with clean farming, selling health to our customers. And, actually, eating healthy – because we only eat what comes from the property, so we know it is clean food, and we will live better,’ he declares.

Acknowledging the importance of the work they do and sharing that pride with family members is a critical factor for organic farmers – particularly for young people, who see organic production as a possibility to give value to their work and provide better living conditions.

As such, it is not enough to simply provide the necessary infrastructure – for example, internet access, mobiles, computers, training, blockchain in a hope to build the organic chain in Brazil. It is necessary to understand that projects like this will greatly affect the way smallholders live. And thus, keeping that in mind, one must first understand their reality and respect it. If blockchain indeed operates according to so-called consensus rules, it is essential to highlight another, deeply rooted dimension in organic production: full respect of the beliefs, values, traditions and lifestyles of its farmers.

Learn more about the Council on Business & Society

The Council on Business & Society Global Alliance is an international alliance between seven of the world’s leading business schools and an organiser of Forums focusing on issues at the crossroads of business and society – The Council Community helps bring together business leaders, academics, policy-makers, students and journalists from around the world. Follow us on Twitter @_The_CoBS . Visit the Council’s website for a host of information, learning opportunities, and free downloads.