Corporate boards are crucial in reducing and eventually preventing corporate social irresponsibility, says Prof. Tanusree Jain of Trinity Business School, but it’s the way you bundle them that can make all the difference. 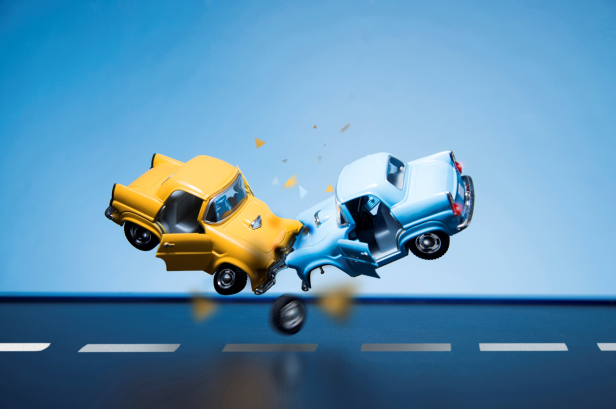 Enron, World Com, Siemens, Volkswagen, BP and Wells Fargo – every now and then a corporate scandal tops the charts of the news headlines across the world. Investigations dig further revealing even darker layers of mischief, CEOs and business magnets topple, shareholders wait with baited breath and the average person on the street express mild-shock and fierce disapproval, ever-cynical of the system and the glossy promises of corporate responsibility by the business world.

While firms have long-been criticised for their irresponsible behaviours, and justice doled out in the form of hefty fines that sometimes reach the billion-dollar mark, firms still survive and firms still continue to stray from the good path. Why? Perhaps, in all truth, firms are just like human beings – full of light and goodness, full of shadow and imperfection too (moreover, it is well within a firm’s span of life to both at once do good while doing bad – look at Walt Disney, criticised for labour and human rights violations in its supply chain while being recognised as the world’s best employer in 2018). And also perhaps because the mechanisms that help them avoid such unethical shenanigans and keep them on the straight and narrow have not yet been perfected. This is what Prof. Tanusree Jain of Trinity Business School, and fellow researcher Rashid Zaman of Lincoln University, decided to investigate. And their findings provide a path which firms should surely contemplate taking.

While Corporate Social Responsibility – CSR – has been well-researched, they argue, the seedier side of business – CSiR – or Corporate Social Irresponsibility – has received scant understanding despite the damage it wreaks to company image, share price and customer trust. Taking up the challenge, they used a sample of publicly listed firms in the USA between 2002-2015 and a sophisticated, multi-stakeholder research framework to ask two questions: what type of board-level structures could monitor managements to reduce CSiR and what conditions could render such board monitoring more effective.

Why boards? Because recent studies on corporate governance have highlighted the pivotal role of boards of directors – or BODs – both in setting firms’ agendas and strategies and in effectively keeping track of what management and ops are up to. Just look at what happens in the media when a high-profile corporate scandal occurs – ‘Where was the board?’ blares the public outcry. Indeed, interestingly enough, many of the irresponsible activities are known to occur because of executive mismanagement, lack of board oversight and poor governance practices. Yet, held liable for CSiR, BODs can also use their power to lead corrective actions – for instance, in the case of sexual harassment by CEO Leslie Moonves, CBS’ board publicly committed to a thorough and independent investigation and subsequently discharging Moonves without any golden parachute even before it took place.

Boards, then, are important – not only on what they do but how they do it. It’s a board’s size that has a role in impacting how the members interact and relate to each other, on their ability to process information, how effectively they participate in board meetings, and the quality of their monitoring of managerial decision-making and actions.

In theory, because there are more people sitting on them, larger boards are more likely to represent the interests of multiple stakeholders, in­cluding shareholders, than smaller boards and, as such, should be more effective in reducing CSiR. Likewise, the more people you have, the more skills sets you have to tackle complex issues and ops. But then again, having many to make decisions might lead to slowness, free-riding, politicking and conflicts between clans. It stands to reason then that smaller boards should be agile, more committed and accountable. But here again, research has shown that smaller boards have a greater likelihood to be dominated by short-term, profit-oriented and powerful manager-directors inclined to take risky decisions that might lead to an increase in CSiR behaviour.

Prof Jain argues that even if independent directors may not have regular information on a firm’s challenges and opportunities, they are hired to represent their stakeholders with their knowledge and expertise and are thus likely to steer away from, and discourage others in being tempted by, CSiR to keep up their reputational capital.

Firms also create committees to deal with a wide variety of issues from quality, project management and innovation, meeting and carrying out work separately and making recommendations for approval of the full board. And as stakeholders increasingly become aware of the risks linked to irresponsibility and unethical behaviours – and indeed may believe in responsible leadership and business practices – so firms increasingly see the creation of CSR committees that address socio-environmental issues. They tend to have a good record. They encourage extra vigilance on green issues and improve the firm’s social performance.

Of sex and director activity

Gender, of course, brings its fair share of impact on everything from buying a home to corporate performance. The good news for women is that in much research they come out top. They have been found to be more sensitive towards ethical judgements and set higher ethical standards than their male counterparts – even when under pressure to give way. Women have also been found to give more emphasis to CSR practices and greater diversity on boards gives a bigger variety of perspectives, thus generating better solutions during problem-solving and ultimately improving board effectiveness.

What’s more, women are less lazy. In terms of keeping a track on performance and operations, female directors are more likely to actually turn up and attend board meetings than men. This is important. For when directors fail to attend such meetings, it signals their unwillingness or inability to fulﬁl their monitoring tasks. Lower attendance at board meetings can also encourage managerial opportunism at the expense of stakeholder claims and interests. Put simply, the more you attend, the more aware you are of the risks and the more you speak directly about it with the other directors present. In short, it’s not the frequency at which board meetings are held that is important, but the frequency at which directors attend those meetings that really counts. With the proof of the pudding clearly on the plate, Prof Jain argues that more women on boards, with increased director activity, will have a positive impact on reducing CSiR.

Having a good bundle From their research, Profs Jain and Zaman highlight that the number of incidents and the cost related to CSiR rose drastically from 2002 to 2015. Initially more pronounced in the manufacturing and finance industries, it has increased across all industries in recent times, notably following the global financial crisis. Trawling through the practices of the 1,591 firms in their study, Prof Jain concludes that those which reward management for their CSR efforts are better positioned to proactively safeguard stakeholders against irresponsible corporate practices and therefore most likely to stay off the CSiR list. Yet the firms’ practices revealed a pattern, when governance is bundled together.

This governance bundle includes large and more independent boards, a board CSR committee, more women within boards, and with higher director activity. This research also found that the effectiveness of the bundle is likelier to sustain under two conditions, the first being institutional ownership, where a firm’s investors are made up of insurance companies, banks and endowment funds and so on. These have the resources, long-term vision and their reputation to safeguard to ensure that firms they invest in stick to the straight and narrow. The second is higher board director pay. This may be at odds with those who tend to link a fat pay cheque to shady dealings, but the fact is that pay acts as an incentive for boards to look after the long-term interests of shareholders and the firm and keep a sharper look out on what type of decisions their managers are making. Board independence also proved to have a significant positive effect, irrespective of the level of institutional ownership. As Prof Tanusree Jain points out: ‘When properly structured, boards can substan­tially reduce stakeholder mismanagement.’ And it might just keep your company from toppling Volkswagen at the top of the CSiR charts.

The Council on Business & Society Global Alliance is an international alliance between six of the world’s leading business schools and an organiser of Forums focusing on issues at the crossroads of business and society – The Council Community helps bring together business leaders, academics, policy-makers, students and journalists from around the world. Follow us on Twitter @_The_CoBS . Visit the Council’s website for a host of information, learning opportunities, and free downloads.