Ashok Som, Professor of Global Strategy at ESSEC Business School and SME on the luxury industry, shares an analysis of the new disruption taking place in the diamond industry: the green diamond.

By Tom Gamble based on the paper by Prof. Ashok Som, ESSEC Business School, The Future Challenges and Opportunities in the Diamond Industry: The Impact of man-made diamond in the high jewelry industry.

Humans have been putting what Shakespeare referred to as “baubles” on themselves far longer than we might imagine. For most, jewellery sparks images of Hollywood film stars bedecked in sparkling earrings, kings and queens weighted down in studded crowns, Roman Emperors vainly posing with their gold and ruby rings, and even Egyptian Pharos ornamented with elegant necklaces encrusted with lapis and emeralds. In fact, the desire to look beautiful and demonstrate one’s status goes back further still to our remote ancestors in prehistoric times who decorated themselves in shells and coloured pebbles. Moreover, precious stones have been a firm feature of this desire to be noticed ever since economic value was given to them. And no stone has been more symbolic, more inspirational and indeed more controversial than the diamond.

Where there is light there is shadow

Dubbed the “Slogan of the Century” by the advertising world, “A Diamond is Forever” was arguably one of the best taglines that any brand has conjured up. De Beers, the world’s largest producer, penned the magical metaphor in 1948, playing on keeping its supply on the market to a trickle to foster a notion of rarity. And what is rare comes at a price – indeed a high one regarding the diamond. Diamonds rose not just as a product but as a separate industry in itself with De Beers at its pinnacle. This was fine until the early 1980s when, with increasing interest expressed in the notion of social responsibility, consumers began to become aware of the darker side to the spangled stone. The watershed came with the 2006 film Blood Diamond starring the high-profile actor Leonardo DiCaprio with its plot centred around the human misery, war and crime in Africa that could result from the exploitation of the “shining rock”. Caught in the maelstrom was De Beers who managed to ride out the storm that affected both image and market sales by producing a special booklet to accompany every diamond sold – and which recounted the story of the particular gem, certified “blood-free diamond”. The market stabilised.

The next disruption came not from human rights supporters and the ethical dilemma, but from those concerned by the environment and sustainability. A growing group of consumers – mostly millennials – are placing greater interest not only in the responsible sourcing of diamonds but in the impact generated by their extraction upon the environment. They are, in effect, sensitive to “green luxury”. This pressure has already resulted in several brands actively pursuing sustainable and eco-friendly product lines – Chopard, for example, which uses 100% ethical gold.

But the latest disruption that the diamond industry faces is a technological one. Lab-grown, or man-made diamonds (LGD or MMD), have come to the forefront in the past couple of years. Their increasing popularity is not only because of their lower price, but because of the shine they give as the best option open for environmentally conscious, ethically concerned and technology-literate diamond lovers.

Once again, it seems that the jet set has given a boost to the advantages of choosing a lab-grown diamond to one that saw the light from the bottom of a mine: from film stars parading LGDs designed by Katie Rowland at the Cannes Film Festival, to the adoption of these greener gems by the Duchess of Sussex, Meghan Markle, and back to Leonardo DiCaprio again – always one to shine above the rest – who financially backed the creation of Diamond Factory, a company based in Silicon Valley producing lab-grown diamonds.

It makes the world go round – even a greener one 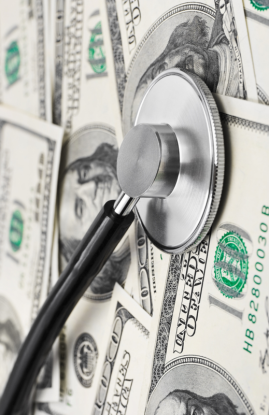 We all know it’s love, but most of the others know it’s money – and all those who remain know it’s the environment. Let’s return to the millennials. Through surveys and studies, the marketing specialists unearth the fact that millennial consumers have preferences which make them distinct from previous generations. Value-conscious, more concerned by sustainability and ethical production, averse to standardised, mass produced products, this population – that might include you, the reader – tends to desire unique value and individual products. They value experiences more than gifts. Again, according to market research by Deloitte in the US, 49% of American millennials are likely to consider sustainability issues before making a luxury purchase. In China, this figure reaches 38%.

If sustainability is ranked high up on the decision to purchase, then this is indeed good for the planet. The International Grown Diamond Association (IGDA) claims that natural diamond mining produces a staggering 1.5bn times more carbon emissions than lab-grown diamonds, at 57,000g per carat, versus 0.028g per carat.

The concern for the environment among consumers – no-doubt linked to awareness of global warming – shows up in the stats. In 2018, a survey by MVI Marketing suggested that nearly 70% of millennials are willing to propose with man-made stones, 13% more than the population addressed in 2017. And an interesting thing about man-made or lab-grown diamonds – which please these value-conscious consumers – is that they cost 30% less than the naturally occurring diamonds of comparable size and quality. However, they are every bit as luxurious and beautiful as the mined ones. Here too, research has identified that the price of a diamond is a key driver for consumers’ purchase decisions. Surprisingly, this is even more a factor among the wealthy who can, we would imagine, afford to pay higher prices and opt for a natural diamond. But then again, the wealthy didn’t get wealthy by spending as much as they can.

The figures speak for themselves. The man-made diamond jewellery market was worth $1.9 billion in 2018 and is expected to grow 22% annually to $5.2 billion by 2023 and $14.9 billion by 2035. Moreover, production of man-made diamonds is also increasing: from 350,000 carats in 2014 to 4.2 million carats in 2016 and it is continuing to grow. To quote the great dream weaver, Walt Disney, the future looks “bright and glittering” indeed for both the manufacturers, vendors and consumers of lab-grown diamonds. 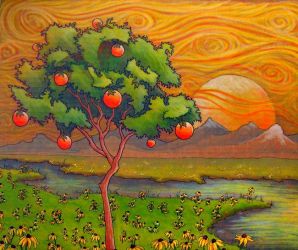 As crystallized carbon grown synthetically in a controlled laboratory environment, lab-grown diamonds have similar magical qualities as earth-mined diamonds and are extremely difficult to distinguish from their natural cousins. Given the market surveys and shifting consumer trends, the traditional industry players have since attempted to re-adapt their strategies. Lab-grown diamonds are no longer “Lucy in the sky” – eccentric blips in the eye of the consumer – they are taken seriously. De Beers, ever-clever in its reactivity, has gone for a two-pronged strategy that for industry acolytes has produced a singular, tangy sort of tangerine marmalade mix: they continue to invest in and market their natural diamond business while at the same time venturing into the man-made diamond production. “Real is Rare” reads the De Beers tagline when urging consumers to continue buying natural diamonds, but that didn’t stop them from creating, in late 2018, a whole new company called Lightbox dedicated to selling synthetic ones. De Beers have also attempted to add shine (and value, including price) to their traditional business by incorporating CSR and sustainability dimensions into their mining activities: buying a De Beers diamond made in countries like Botswana, a customer will support the education of children until the age of 13. It has also, like others, brought more transparency into the value chain with probable future developments including the use of AI and Blockchain to ensure that the diamond chain goes unhacked by potential villains and wrongdoers. Playing both fields, De Beers promotes the two facets of its diamonds – on the one side continuing the legend by stating that natural diamonds mark life’s greatest moments, and on the other explaining to greener consumers that “Lightbox jewellery is not forever – but fine just for now.”

Lab-grown diamonds are primarily produced in Malaysia, China, Russia and some other Asian countries such as Singapore, which houses the world’s largest diamond-growing plant, and high-end players in the jewellery sector have begun not only to accept them, but endorse them.

The challenge for both – natural and synthetic – is that diamond jewellery appears low on the list of Milennials’ potential purchases. Indeed, demand for diamond rings has stagnated in the US.

A glimpse through the crystal ball

People power – or should we call that consumer power – it seems, is winning through in the ethics and sustainability debate. Uninfluenced by corporate marketing but rather through social media and genuine interest in making business more responsible, their voice is growing organically. The diamond industry is listening to them – and changing its ways.

Producers and high-end brands alike are changing their tone to adapt to this people pressure, not only endorsing that they sell conflict-free diamonds but that they are also investing in sustainable initiatives such as recycling and reusing the metals in their creations or then again supporting the improvement of working conditions for those extracting the stones in mines.

The rise of the man-made diamond has added to this pressure, with De Beers’ launch of its Lightbox company selling MMDs perceived as a threat to the business model and an attack on the luxury and rarity of natural diamonds so many jewellers have traditionally traded on. The diamond market still exists and will do – for if there were no market for natural diamonds, nobody would be trying to sell man-made ones.

But the man-made diamond seems to outshine the natural in terms of future, it seems: they are chemically the same as mined diamonds, potentially carbon-neutral, environmentally sustainable and ethical since they are grown in labs. They’re also much lower priced and, as such, affordable. Their success, however, depends highly on consumer perception of their value as well as production economics. This being said, what is the intrinsic value of a pearl necklace? Both natural and cultivated pearls have authentication certificates. So the main difference is about the intrinsic value and perceived value, if distinction is a problem. In the end, there is one value that seems set to gain and remain – if not forever, as is the promise of a diamond – ever-stronger in years to come and especially if the world continues to flaunt Mother Nature: the environment. And this is where green diamonds come in.