Ever wonder how people get away with fraud? Profs. Bernard Leca, ESSEC Business School, and Aziza Laguecir of IESEG shed light on the mechanism of fraudulent activity and how modern-day employees use ‘strategies of visibility’ to beat the system.

By CoBS Student Editor Kunal Ganorkar, based on the paper by Prof. Bernard Leca and Prof. Aziza Laguecir, ‘Strategies of visibility in contemporary surveillance settings: Insights from misconduct concealment in financial markets’

The art of deception

Magicians are notorious for employing distraction and deception to trick the audiences, often making them focus somewhere while the magic takes place elsewhere. But this art is not limited only to these enchanters. History has long talked of wars which have been often won through excellent use of such a strategy – the Trojan horse is an excellent attestation to this fact.

Even in today’s world, deception is an integral part of the society. Husbands buy expensive jewellery for their wives to solve arguments, culprits falsify alibis to get away with murder and executives and politicians bring up other issues to take the spotlight away from their fraudulent activities.

Particularly in the field of finance, ‘financial fraud’ has become a household term these days owing to several ‘popular’ scandals such as the Lehman brothers, AIG and Enron cases. These cases were a result of malpractices which remained undetected for years, ultimately leading to the companies’ collapse. Surprisingly, all these frauds were committed while under the scrutiny of dedicated departments for surveillance.  One can argue that the surveillance systems then were primitive and under-developed and thus unable to detect the frauds in time.

Surveillance in a contemporary setting

The technological advancements that followed over the years has led to vast improvements in the surveillance systems in terms of increased speed and volume of data collection. Managers in companies can now detect such frauds using complex algorithms and reports instead of depending upon accountants as was the earlier practice. Furthermore, the growth of organisations has led to the development of multiple avenues or departments of surveillance at these companies which have helped create a sense of transparency like never before.

With the advent of such developments, it is easy to believe that committing fraud would become harder and its detection, easier and swifter. But is it really so?

Profs. Bernard Leca and Aziza Laguecir have thoroughly analysed the 2008 SocGen securities fraud to help us understand the downside of these advancements and how an individual was able to exploit it for personal gains and in the process, costing the company nearly €5 Billion in losses.

Société Générale, founded in 1864, is one of the oldest banks in France. With over 150,000 employees and revenues of €24 billion today, it could very well be one of Europe’s largest financial services organisations. A loss of €5 billion would be nothing short of devastating for such an organisation.

The shortfall can be traced back to the trading activities of one employee, Jerome Kerviel, who executed numerous high-risk trades over several years. He knew his trade well and worked in close quarters with his fellow colleagues. At all times, he was under the scrutiny of three entities – his immediate supervisor and colleagues, the Risk department and the compliance department.

Strategies of Visibility: The three acts of deception 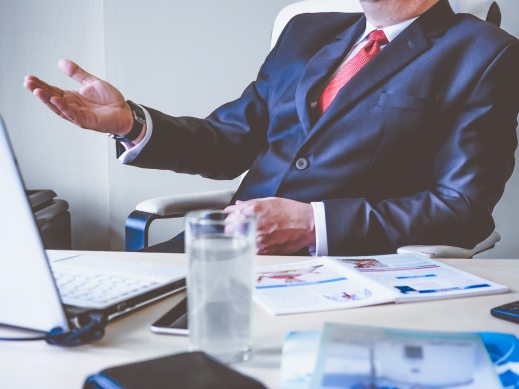 Through their research, Profs. Leca and Laguecir have found that Kerviel utilized, what can be termed as strategies of visibility to carefully deceive all the three avenues of surveillance. Building on the research of Erving Goffman, a notable sociologist, the researchers suggest that Kerviel performed activities to appear in a positive light to the respective monitoring parties to conceal the fraudulent activities he carried on in the backend.

The strategy of visibility involves three components – identifying the expectations of the audience, putting up an image of oneself that complies with these expectations, and at the same time concealing what one does not want revealed.

For instance, a magician essentially identifies whether his audience is composed of oblivious and unsuspecting children, usually at birthday parties, or of rational adults with an eye for detail. This helps him vary his tricks according to the group, allowing him to subsequently get that ‘wow’ reaction from each of them.

With regards to the Société Générale fraud, the research points to evidence that Kerviel strategically put up convincing fronts for all three of his audiences to portray a positive image while he went about his misconducts.

Jerome Kerviel was eventually found guilty of thousands of fraudulent transactions which remained unreported to the authorities until it was too late.

It is evident that despite the multiple monitor entities, Kerviel managed to deceive all of them by employing these strategies of visibility. Researchers believe that the very factors that would prevent misconduct in fact played key roles in the success of his deception.

Firstly, even though multiple surveillance systems meant increased visibility of the traders, they lacked coordination in between them. This lack was emphasised through the various strategies that Kerviel used to satisfy the various expectations. As a result, each of the entities only had a partial view of what he was doing. As such, not only existence, but the coordination between surveillance entities is necessary if one wants to prevent misconduct.

Finally, the researchers highlight the various aspects of strategies of visibility and how they could be potentially used to deceive the surveillance systems in order to stay wary of them.

Yet, authors also show that competent direct supervision can reduce the changes of deception. Overall the study suggests that even in a high-surveillance setting misconduct and unethical behaviours are possible and need to be addressed not only through controlled systems but also in a human and managerial perspective with competent supervisors paying attention to what employees do and not only ‘checking the boxes’ for mandatory procedures of control. 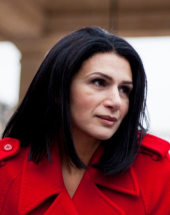