In part 2 of their research insight into entrepreneurs and their fears, Profs. Gabriella Cacciotti and James Hayton of Warwick Business School provide 4 solutions to solve them.

Research carried by Cacciotti and Hayton among 65 entrepreneurs in the UK showed that seven fears were repeatedly raised: financial security, ability to fund the venture, personal ability/self-esteem, the potential of the idea, threats to social esteem, the venture’s ability to execute, and finally opportunity costs (see Part 1 of this article). This pattern has been validated by further research, but fortunately there are solutions – four of them according to Profs. Gabriella Cacciotti and James Hayton.

The author JK Rowling was rejected multiple times before the Harry Potter series was signed up by Bloomsbury.  She has described this as a process of “stripping away of the inessential”.  It enabled her to focus on what mattered.  “I was set free, because my greatest fear had been realized.”

Emotional intelligence involves not only having the awareness of one’s emotional states, but also being able to control the influence of those states upon thought and behaviour. Some of our entrepreneurs were highly emotionally self-aware: “If I’m in a lower mood one week and I look at my projects I see only negative things and reasons why it can’t happen. I started to learn that that’s actually not associated with the projects but it’s associated with my emotions”; “I’ve actually recently been learning to separate that anxiety out because I’ve learn that it’s just transient”; “trying not to let it kind of guide my decision making which may or may not be in my own best interest”.

Entrepreneurs may wish to adopt tools from sports psychology. In terms of gold medal winning performance, British Cycling has become the most successful sporting program in British Olympic history. One of their keys to success has been a program of work, led by psychiatrist Dr. Steve Peters, to help athletes to manage their emotions during competition. Emotional self-awareness is a skill that can be learned, and involves becoming aware of the signs of emotions intruding upon consciousness through feelings and moods, anticipating their impact on thoughts, and using this conscious awareness to limit their effects upon decision and action in competition.

The potential risk here is that through engaging in constant self-reflection, the entrepreneur develops neuroses which impede their own ability to act. In athletes, the effective self-monitoring tactics are developed and rehearsed off-line, rather than ‘on the job’. Once in action, the enhanced awareness becomes more automatic and natural, allowing an action orientation which doesn’t slow down real-time decision speeds. Working to increase self-awareness is very powerful for entrepreneurs.  Self-awareness can help curb the potent influences of negative emotions on goal setting and decision making. 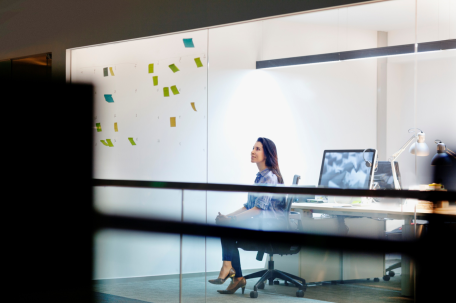 “Anxiety helped in the sense that I would try and figure out every single flaw there was in my business – because all of them have flaws – so I was trying to figure out where is the hole?” one entrepreneur told us. Actively seeking out flaws and weaknesses and doing something about them is a powerful means of reducing the fear of failure.

Intuition is a potent source of information, and research has demonstrated that among experts, tacit knowledge, and gut instinct lead to rapid and effective decision making. Such instincts are often associated with feelings rather than specific thoughts. Feelings of fear driven by concerns over the idea, for example, can offer important signals that work is needed. When treated as such a signal and acted upon, rather than repressed or ignored, these emotional flags can actually help entrepreneurs eliminate weaknesses and flaws in their venture idea.

A proactive, problem-solving response to feelings of fear arising from the idea itself can help reduce fear. Paradoxically, our research also shows that such initiative taking does tend to be inhibited when the idea itself is the cause of fear of failure. This suggests that taking a deliberately action-oriented approach, overcoming the desire to repress or ignore the problem, will be especially important. Of course, all weaknesses can never be eliminated.  For any entrepreneur, perfectionism is potentially dangerous. 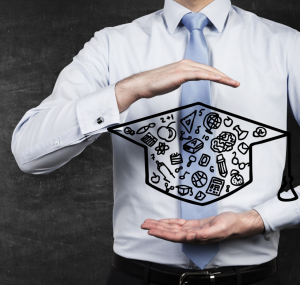 “Fear pushes me to work harder and to take more care of what I am doing, and to educate myself to be the best I can as I am developing these businesses,” said one entrepreneur.  Entrepreneurs told us one of the ways in which they overcome the feelings of fear was through learning and information seeking. This might be for core knowledge, such as computer coding skills on the part of the software entrepreneur seeking financing, or to learning to cope with the high pace of activities that most entrepreneurs experience.

Entrepreneurs relied upon a wide variety of sources of knowledge and information, in their search for learning. This included formal education and training, although more often involved learning focused upon extensive information seeking, reflection, and importantly, social learning through networks and mentors (see next point). Education, training, and information seeking are a powerful antidote to fear of failure.  Learning can help mitigate fears resulting from doubts over personal abilities directly by increasing key capabilities. Through enhanced capacity, learning can also indirectly assuage fears concerning the ability to obtain finance, and the venture’s capacity to execute, as well as fears associated with letting others down.

But uncertainty is real and constant.  Uncertainty and ambiguity are defining features of the challenge of entrepreneurship. There are always unknown unknowns out there, and so a willingness to continue to learn, gather information and insight form diverse sources can help to mitigate fear of failure. 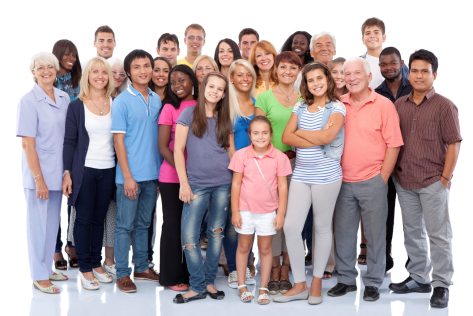 “A mentor is someone who allows you to see the hope inside yourself,” says Oprah Winfrey.  For entrepreneurs in a constant battle with fear of failure, identifying mentors and utilizing networks can be a vital source of reassurance.

Mentors and social supports are beneficial because they support the three prior activities of learning, problem solving and even self-awareness.  Mentors are an important source of learning. “Reaching out to mentors that are directly related to the business you are starting is really key and really helpful,” said one of our entrepreneurs.

Speaking of the impact of fear of failure on her problem solving, one entrepreneur said “[fear of failure] just fuelled me to learn more; talk to more people and figure out why I was wrong in the first place.” Another said “fear of failure forces you to come up with… better ideas and look for people that are going to give you constructive criticism along the process.” Social forms of learning, from those who have been-there-done-that seems to be a particularly powerful antidote to the experience of negative thoughts and feelings among entrepreneurs.

Early stage entrepreneurs frequently benefit from local communities and networks, providing formal or informal access to mentoring from those with more experience. Through this process they learn that feelings of uncertainty and worry are commonplace, as well as what issues are deserving of attention and which problems will fix themselves over time.

Well-being is an outcome. Our research suggests that fear of failure is widespread and has both negative and positive effects on motivation, decision making, and behaviour. One important outcome that should not be overlooked: motivation from fear can bring higher levels of stress, with potentially negative health consequences as well as undermining life satisfaction of entrepreneurs. While all may experience it, the ability to anticipate and manage fear is likely to have positive benefits for an entrepreneur’s quality of life and well-being.

Read Part 1 of this article

One response to “Entrepreneurs: Your 7 fears and 4 solutions”