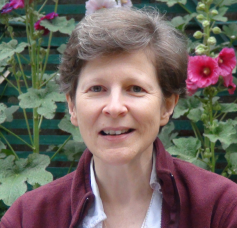 Cécile Renouard, Director of the ‘Companies and Development’ (CODEV) research programme at the ESSEC IRENE institute, talks about her newly published book and contends that a profound re-shaping of how we see the company’s purpose is required for the common good to progress.

From an interview by Tom Gamble, Council on Business & Society

Researcher, professor, writer, thinker and doer, Cécile Renouard has an overriding passion behind her work – that of making the world a better, more equal place for all who live and work in it. For nearly fifteen years she has worked with researchers and major corporations around the world on the impact businesses can have on local populations and communities. This work has led her to publish several books, the latest of which, for now in French and co-authored with Swann Bommier, is L’Entreprise Comme Commun – au-delà de la RSE (The Company as Common: beyond CSR).

In the beginning was the problem – and then came the solution

For Renouard, the book is necessarily linked to the current ecological and climate crisis which she also views as a social and societal crisis. The leitmotiv behind the work? Today’s business models must be profoundly revamped if the business world is to be able to implement the objectives of the Paris Agreement and those of sustainable development. ‘Companies are part of the problem,’ she states – ‘and the solution!’ 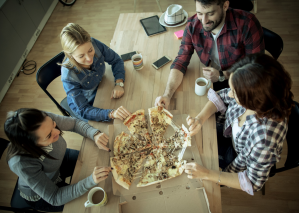 At first glance the title – The Company as Common – may seem a little mystifying, but for Renouard it means speaking of the company as a common means that simultaneously covers three major dimensions: the necessity to do business together along a participative approach – proposing shared governance and taking into account the various stakeholders in the life of the company including employees, shareholders, suppliers and the local community. Secondly, it implies that the company should necessarily concern itself with the notion of global common goods, as much material as immaterial. In the jargon of the economists these amount to ‘rival’ and ‘non-exclusive’ goods to which which everybody should be able to access as a condition for decent life: for example, social ties, climate and biodiversity. The third dimension, says Renouard, includes the search for the common good – in the sense of living harmoniously with each other, or buen vivir as they say in Latin America – and how a company can contribute to this.

Redefine and set the rules

According to Cécile Renouard things are indeed beginning to move towards this philosophy, helped, no doubt, by various directives and definitions laid down by the European Commission in recent years. In 2011, for example, CSR (corporate social responsibility) was defined as the control by the company of its impact. This implies, explains Renouard, that CSR shouldn’t be considered in terms of philanthropic actions, but more as a focus on the effects of company activities and core business on stakeholders and along the whole value chain. The French parliament has gone further, in 2017 voting a law making it mandatory for large companies to be vigilant regarding their impact and requiring them to prove what measures they have implemented in order to avoid any complicity in the violation of fundamental rights in their sphere of influence. Among other things, this calls for the monitoring of their sub-contracting chains.

But for Cécile Renouard this isn’t enough – hence the second part to the title of her book: Beyond CSR. For her, it is indeed a question of considering the responsibility of the company beyond CSR as it is currently envisaged. ‘In this essentially marginal perspective,’ she asserts, ‘it means considering the means for improved convergence between financial and extra-financial logic, and to integrate social and environmental issues in the company’s strategy’. Although she recognises that the 2011 European definition of CSR is aimed at profoundly reconsidering the role of the company in society, Cécile Renouard believes it should be accompanied by other measures such as the redefinition of the French civil law, specifically articles 1832 and 1833, which define the commercial company and its function. ‘The conception of the company as common,’ she continues, ‘implies not simply stopping at the creation of profit for shareholders, but considering the ways in which to create and share the wealth in common in a durable and fair way. This is without doubt only possible by encouraging the shortest production lines possible, and the closest links as possible between consumers and producers.’

The signs are encouraging. In France, several glowing examples of social enterprise shine above the rest. These include the Archer group based in Romans-sur-Isère that has contributed to the growth in regional centres of economic cooperation, where traditional economic players work with social enterprises, local and regional authorities and associations – in this case by notably enabling new life to be brought to the region’s cottage shoe industry. There are also companies like Serge Ferrari, based in La Tour du Pin, which contribute to the development of a circular economy. Attentive to the supply of minerals extracted in distant countries, Serge Ferrari attempts to improve transparency on these lines of production and find the means to avoid indirectly supporting human rights violations.  The way ahead is not without its dangers and challenges. Indeed, for Renouard, it is important to try to transform the rules of the global game – in various economic and financial fields and with regard to social and environmental norms and standards – notably in terms of combatting tax avoidance and damage-inducing fiscal optimisation. In other words, enforcing the law and cracking down on companies who try to detour it.

For Cécile Renouard, doing business – at the service of the common good – cannot only be reserved for so-called ‘companies with a mission’. ‘Every company is concerned’ she asserts. ‘It’s an enormous challenge but also a necessity. And one that opens up an incredible potential for creativity at the service of sober, shared and fair business models. Yes, we can!’ she adds, displaying her inherent enthusiasm, hope and belief that positive change will come.

2 responses to “The Company as Common: Beyond CSR”