Part 2 of Prof. Anca Metiu’s article on team and project success drills down into the micro-behaviours and totems that make all the difference.

From the research paper Task Bubbles, Artifacts, Shared Emotion, and Mutual Focus of Attention: A Comparative Study of the Microprocesses of Group Engagement by Anca Metiu and Nancy P. Rothbard

Among the many observation sessions undertaken, one included watching two developers from the Shield team working to fix a bug in the software. The two worked at close proximity with adjacent computers so that each could see exactly what the other was seeing. Both were at the same time individually motivated and focused on doing a good job of it, and also mutually focused on the problem they needed to solve and on each other. Each question was answered, elbows nearly touching, each leaning toward each other’s computer to physically touch the screen when highlighting where to modify code. Relief, joy and smiles were the end-result when the problem was solved after a 45-minute span of intense mutual focus of attention. They did not interrupt their interaction, nor were they interrupted by outsiders. They were effectively in a task bubble where the world was shut out. On another occasion, although this ‘bubble’ was existent with two co-workers tackling a task-related problem, it was in effect possible for a task-relevant additional team member to join in the troubleshooting while passers-by unrelated to the task respectfully kept their distance. In this way, the semi-permeability of the task bubble enhanced – or at least helped sustain – mutual focus of attention.

Inversely, with the Gateway team things happened differently. Those invited to the few problem-solving initiatives that spontaneously occurred were related to the task, but were ‘selected’ based on their status. Permanent staff viewed the external contractors as outsiders and therefore not to be fully trusted. Because of this perceived alienation, and because of their own stake in sharing their consultant skills with permanent staff, the contractors themselves felt reluctant to approach full-timers.

Artefacts are what you make of them

Think of all the objects in your office or workplace. There are hundreds of them ranging from pens to telephones, kettles and photocopying machines. But which objects do you actually use when focusing on your own portfolio of tasks? And which do you then use when working with others on a specific task or project? This narrows things down a bit – and these objects, or task-related artefacts, take on another level of importance. In their observations, Metiu and Rothbard noticed something interesting. A higher degree of understanding and focus was obtained each time the project team members interacted with objects specific to their task in hand, and regardless of whether they were working in physical proximity or remotely via Videocon. Very simply, these artefacts consisted in whiteboards, computer screens, marker pens, code on a screen, pop-up messaging, or even the computer mouse – in face-to-face situations, for example, interacting by taking the object from the co-worker, rising to explain at the board; and in virtual working sessions using the cursor to point to something, or swapping suggestions using pop-up messaging. Using these ‘tools’ not only helped keep the focus and arrive at common understanding, but also created a physical synchronicity of movement, as opposed to the outside world – typical, for example, of people who hit it off and trust each other. 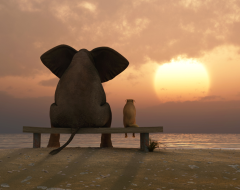 Metiu and Rothbard’s research also identified the importance of shared emotions in finding solutions to a task. When pairs or trios expressed a shared emotion it seemed to create a bond which made it easier to trigger interaction in the future and sustain the mutual focus of attention during this interaction. Shared emotion – when developers shared the success of a breakthrough, for example – led to a boost in energy levels which made it possible for them to continue with their work. In short, sharing positive emotions in short bursts in an atmosphere of hard work enables others to feed off of them – carried by individuals to other encounters through a process of emotional contagion.

The primers for team and project success

Projects steered to safe haven and success depend on several conditions. The first of these is the individual engagement of each team member. Only people deeply involved in their individual tasks – liking what they were doing – could then start contributing to interacting. But individual engagement alone was not necessarily a guarantor of group engagement. It was more the frequency and informality of interactions in Metiu’s and Rothbard’s two teams of developers that seemed to make the real difference. In the Shield team, encouraged to meet up frequently and informally, the more interaction there was the more mutual focus of attention occurred. People felt comfortable with sharing ideas, expressing enthusiasm and doubts, and getting into the task bubble in which unguarded, free, creative and rich exchanges took place. On the other hand, the Gateway team met infrequently and almost always in the formal context of a team meeting characterized by less spontaneous, unguarded, and potentially creative information. These large, formal meetings were considered a drain on time and energy and failed to foster mutual focus of attention on a specific task.

And finally, returning to an overriding ingredient stated at the beginning of this article, it was the compelling direction of the project that provided an important enabler for the team. Project meaning, vision and ambition helped to enhance mutual focus of attention, inspire and motivate people to work, and gave the team the collective goal that enabled team members to proactively reach out to each other willingly and spontaneously in coordinated ways to solve problems.

In the end, the figures speak for themselves: 76% of interactions between the Shield team members resulted in mutual focus of attention with 89% of these resulting in a positive outcome – be it solution, clarification of priorities, task ownership, learning or effective suggestion. Six months after the observations, the Shield team project was successfully developed and spun off by the company. As for Gateway, its product never came to fruition and after a year went by, the developers were moved to other projects.

Return to Part 1 of the article

Deepen your insight on Responsible business and leadership and download Global Voice, the Council’s quarterly eMagazine

One response to “Task Bubbles, Artefacts and Emotions: How to avoid wrecking your project”